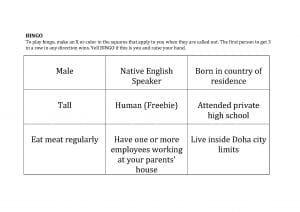 Driving in gridlocked traffic earlier in the week, a BBC Worldservice piece on pigmentocracy in Martinique resonated with me. People prefer lighter skin not only in the Caribbean but in all the former colonies. This form of reverse racism is appalling.

A more traditional form of bigotry reared it’s head with the awarding of Miss America to Nina Davuluri, an American woman of Indian descent, with many feeling that she was not American enough.

As a woman with darker skinned female Indian relatives, I corroborate the pressure to be as fair as possible.Bleach based face creams can be found on shelves all over Asia and the Middle East. Ironically a dominant Indian brand is called “Fair and Lovely“.While we looked at photos last night of the gorgeous Nina, a friend of Caribbean background commented “she’s a dark Indian.” And she is darker than the Aishwarya types who have represented India at Miss Universe or Miss World.

Yesterday I watched the Martin Luther King Jr. "I Have a Dream" speech on the anniversary of his birthday.
Today, three times at the American Embassy I was told to come back at 3:00 pm to pick up my passport because that’s when immigrant visas were issued.

Three times I had to reassure them, despite wearing Western clothing, speaking with a Western accent, and showing up during American citizen service hours, that I was in fact there to pick up American passports, not immigrant visas.

The most abrasive time happened when I was at the counter itself. The person took my two tickets and said, "Someone will be here to help you with this soon." He then pushed the electronic button to advance to the next number. I sat down, in the front row, right in front of the window.

He looked at thecard, at me, and said, "You need to speak to the person who gave you this. When did you do this?"

I don’t know who was more frustrated: The first teller, his colleague or me.

"They’re American passports," I said, for no reason at all, since no one had thought to ask me.

"For additional pages?" the first guy said, having not asked me this when I handed over my cards.

I nodded. He asked me to pass him the pick up stubs again – all the while the next person he had called up was standing next to me – and left the window.

I wonder if he had gone to pick them up if they would have bothered to ask him, either at the check in desk, guard gate, or the teller station.

Why make the Embassy such an unpleasant place to go? As if the three years and counting construction in front of the Embassy weren’t enough frustration, a chasm worthy of a fairy tale preventing any sensible direct entry, people’s assumptions that all Americans are still white made me angry enough never to set foot into that Embassy again. Me, a person who has received numerous grants from the State department and helps host dignitaries often on their visits to Qatar. Me, who has taken countless excursions with students from Qatar to the U.S. – many for their first time – for a positive experience with American culture.

Many Westerners give Qatar a hard time for their strict attitudes towards citizenship – by birth only and only through the father. What I experienced today taught me that the embassy could do a lot of training with their staff, guards, and consular services to help them understand that American citizenship is much more inclusive. If a brown person shows up during citizen hours, maybe she isn’t misinformed. Maybe she’s there because she’s a citizen. And maybe, one of the ten people between her and the door should think to ask her.

God bless Barack Obama  – I pray for strength fo him and his family  to serve four, or more, years in the White house as America’s first non-white president. And let all non-white, and white, American citizens the world over rejoice today as he is inaugurated. We can only hope it gets better from here.