I’m hosting Pavarti K. Tyler, author of (among other titles) Shadow on the Wall, a novel about the main character, Recai Osman, who undergoes a journey from complicated man to 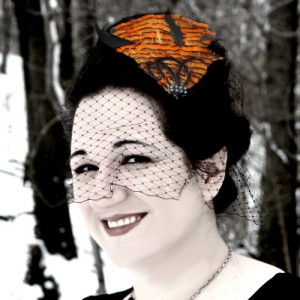 Superhero. Forced to witness the cruelty of the Morality Police in his home city of Elih, Turkey, Recai is called upon by the power of the desert to be the vehicle of change. Does he have the strength to answer Allah’s call or will his dark past and self doubt stand in his way? Recai Osman: he’s a Muslim, philosopher, billionaire and….. now a Superhero?

Below Pavarti shares her experience wearing hijab after 9/11 in the U.S. to stand with Muslim women who were experiencing the after effects of the decisions of the 12 hijackers. She talks about one aspect of hijab, or the Muslim call for modesty in women’s dress, focusing on her experience with the headscarf.

This entry reminds me of the essay “What I Tried to Wear” in my new collection From Dunes to Dior in which I talk about wearing  a headscarf while working for the national university in Qatar. Our experiences and reasons were very different: I’ll let her tell you about hers.

Hijab is the headscarf some Muslim women wear.  There is great debate over the need, use and appropriateness of the hijab, which has fueled cultural debate and conflict.  In Islam there is a cultural practice of covering a woman’s hair and neck, this is considered modest dress and the roots of the practice are based in the Qu’ran.  There are multiple surahs (verses) and hadiths (oral histories) which are used to explain the need for men and women to dress modestly.

The specifics of what needs to be covered is controversial.  Some say only the hair must be covered, others say everything but the eyes and hands should be.  From Burquas in Afghanistan to hijabs in France, it seems everyone has an opinion.

In 2001, right after 9/11, I participated in an event called “Sisters for Solidarity.”  The sponsoring group was an interfaith movement for social awareness.  Over 200,000 women in the US donned hijab for Eid Al-Fitr, a celebration that marks the end of the fasting month of Ramadan.

Somewhere in the depths of my basement there is a picture of me with a beautiful red-and-gold scarf covering my hair and neck. For three days in November, 2011, I went to work, the grocery store, church and everywhere else with my hair covered.

I could discuss the political reasons for doing this, or my own religion beliefs, but what I learned during those three days has nothing to do with either. I donned a headscarf for very personal reasons, which I believed deeply and still hold dear.  And every moment I wore it, I felt stronger in my convictions.  Something about a physical declaration of my beliefs was empowering and liberating.

I also felt a part of something.  Other women in hijab would stop, smile and speak with me no matter where we were.  It was a kind of sisterhood I haven’t experienced in other parts of my life.  Even when they found out I wasn’t Muslim, the kind response I received for what I was doing was deeply touching.

Simultaneously, I found the covering very oppressive.  It was hot under there, and kept slipping.  This was probably mostly due to my inexperience, but I found it physically cumbersome and something that needed constant monitoring.  I was also very surprised to find that a number of co-workers with whom I had been close to did not speak with me during the days I was wearing hijab. I received sideways glances on the bus and subway, not the usual smiles and commuter camaraderie I was accustomed to.

There are three female characters in my novel, Shadow on the Wall.  Each has an opinion of and relationship with wearing the hijab.  I pulled on my short experience to inform how I wrote these characters. Rebekah, Darya and Maryam – each of them represents a different archetype of Middle Eastern women.  While it’s certainly not an exhaustive representation, the issues of gender and the veil are explored in depth through the course of the story.

What I learned during the Sisters for Solidarity movement – and what I hope Shadow on the Wall conveys – is that covering is a deeply personal experience. Ideally each  woman would be able to decide for herself without the pressures of politics, family or cultural assumptions.  Unfortunately, we don’t live in that world, which is what makes the discussion so volatile.

I’m curious as I move into publishing Shadow on the Wall how readers will feel about these women.  Which will they respond to?  With which will they identify?