Skip to content
I shared last week how book bloggers make the book world turn by their volunteer efforts to read and recommend their favorite titles. What’s stirred up a lot of angst  is the use of paid reviews by authors. I’m hosting Jamie from Jamie B. Musings to give us the real deal on reviews: who does them, why, and how we can respond as writers and readers.
She’s  a music addict, book lover, pet servant & NaNoWriMo survivor. When she’s not busy writing posts for CultureShock, she’s taking pictures for her new obsession (That Photo Blog) and spending time with her husband and pets. Her first book, The Life and Times of No One in Particular, was released in May. 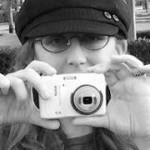 Reviews: a word that brings up so many different thoughts and emotions. There’s the terror when you realize someone just sent one out, wondering if they enjoyed your work or thought it was garbage. For some, a good review makes their day, while a bad one makes you question what you were thinking by ever putting pen to paper. Others don’t even look at them.
Lately, reviews have been getting a lot of controversy after a writer was caught praising his own work while trashing that of the competition. I remember first reading about it. I was totally shocked. Why on earth would you want to trash the work of a fellow writer? What purpose does it really serve? It makes you wonder… what is a review anyway? Can you trust them? I personally take any and all reviews about a book with a grain of salt. Just because everyone is raving about the latest publishing phenom doesn’t mean it’s well-written. Likewise, just because someone is trashing something doesn’t make it bad or mean I won’t personally enjoy it.
Back when Law Abiding Citizen was released, my husband and I decided to see it instead of some of the other choices. We both loved it so much, we couldn’t wait for the DVD to come out so we could watch it again. The reviews were not so kind. I still am trying to figure out why that movie got so much hate directed at it, but then that’s art. It’s totally subjective and what connects with me is not going to necessarily connect with you. I take each one as one person’s opinion and wouldn’t even dream of choosing a book or anything else just based on what critics or someone online said about it. Do I still like seeing that someone took the time to write a review about my book? Absolutely. I love it! I also love sharing my thoughts on other’s work. I just try to put it all in perspective and realize that it’s not the be-all, end-all.
What do you think? Do you know someone who’s been a victim of fake reviews? How seriously do you weigh a review when deciding on a product? Would you take a chance of something that had bad reviews if the premise sounded interesting? Comment and let’s talk about it…