As you know, I’m a bit behind on my NaNoWriMo project this year but with the husband away for the week, hoping to kick it into high gear. I’ll be sure to update you on how that goes; my meager 8,000 words may not stand a chance at recovery during this third week when everyone else who stayed on track is churning out tens of thousands.

I’m hosting on the blog today writer and Na 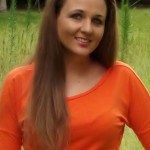 No veteran, Wenona Hulsey to share her perspective on why she decided to pass on participating this year.

Wenona spends her time scaling rooftops, kicking bad guy tail and rescuing small kittens from tree tops.  But during the time when she isn’t asleep, she’s a mother of two beautiful children and works a full time day job.  She lives vicariously through great books and creates magical worlds in her spare time.  She is also an avid social networker who loves to meet new people.

To NaNoWriMo or not to NaNoWriMo? That is the question many writers are asking right about now but I have decided not to NaNo this year.

Okay some of you may be saying what is this strange language she is speaking?? So for those of you who are unfamiliar with this NaNoWriMo = National Novel Writing Month. It’s held every November and the goal is to write a 50 thousand word novel in 30 days.

Yes, 50K in 30 days is doable, believe it or not.  I did successfully completed the even in 2011 and I felt very proud that I could wear my “winner” t-shirt out in public just so people can ask “What is a NaNoWriMo?” every time they read my shirt lol.

But even though all the writing is done strictly in the 30 days there is a lot of prep time that you need to do beforehand even if you are normally a “pantser” who doesn’t use an outline.  It’s hard to write that much in that time frame without at least a shell of an outline and the biggest chunk of your research finished.  You will end up with a story that goes way out in left field leaving you staring at your computer screen for hours and that’s why I’m not doing NaNo this year.  I’ve had way too much on my plate to even jot down a few notes.

So this year I will be cheering those brave souls on from the side-lines as I secretly wish I would have found the time to join in.  I will be writing though at my own pace.  I plan on finishing the third draft of my upcoming novel and going back to work on a novelette that I’m adding to the “Blood Burden” series.  Next year I will hopefully be able to join in on the long nights, keyboard banging, and screen staring fun that is Nation Novel Writing Month.  Best of luck to everyone this year! 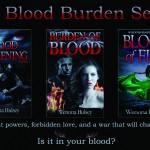