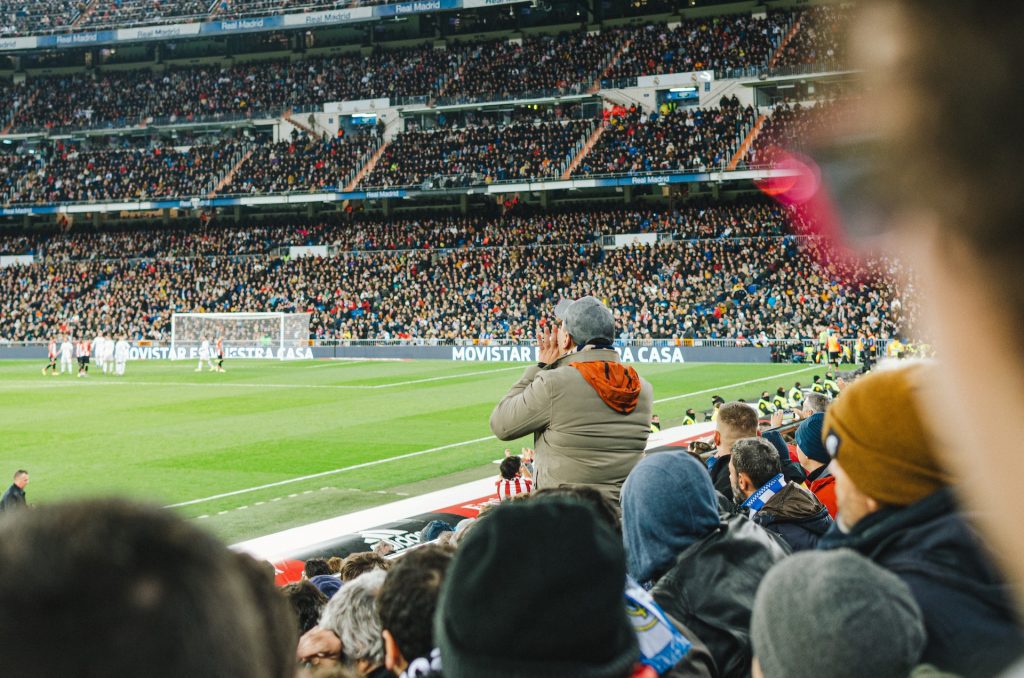 The group stages of the 2022 World Cup in Qatar are now over. (If, like me, you had only the vaguest notion of what that means, 32 teams from around the world played each other in randomly assigned groups). Of all the parts of the World Cup, this might be the most manic, most crowded, and most global part of the entire process of declaring a world champion in football.

Fans from all over the world converge to support their teams. The best from 3 matches moves onto the ‘sweet sixteen’ part of the tournament.

We’ll leave the discussions about what it’s called (and why American football isn’t actually called hand/egg…) for another time. Since it’s the world’s game, football will do for now.

Beyond sports, there’s been much debate around human rights, alcohol sales, and now we’ll look at fans. Because, as with everything else related to life in the cosmopolitan capital of Doha, it’s layered. First of all, we must grapple with the fact that of the nearly 3 million people who live in the country, around 250,00 – 350,000 are Qatari citizens.

You can only be a Qatari citizen if your father is one (most countries in the Middle East and Asia are patrilineal). The rest are ‘guest workers’ or citizens of the world, some on short-term assignments – oil industry engineers, lawyers, execs – and others make their home here – professors, teachers, small business owners. Everyone contributes to fueling the economy.

Since the ’60s, and the discovery of oil in Saudi Arabia, the Indian subcontinent has been a major sending country for labor in the development of the infrastructure in the Gulf. From building malls to homes, to setting up the banking system and beyond, Indians, Pakistanis, Bangladeshis, Nepalis, and others have been setting up shop in Saudi Arabia, Dubai, Bahrain, and, Qatar.

As part of the legacy of the British Empire, when Qatar was a protectorate, the Indian rupee was the official currency for the Arabian Peninsula.

What I’m trying to say, is that the socio-cultural-economic links between South Asia and the Gulf – particularly Qatar and Dubai – are strong. And demographically, South Asians as a block, plus males specifically, make up a big portion of Qatar’s population.

So, in the lead-up to the 2022 World Cup, with tests of Fan Zones, and public gatherings of fans, guess who showed in the majority? You said brown men because you read down this far, and you’re right.

The reaction to brown men in the yellow and green jerseys of Brazil or the blue and white of Argentina was one of disbelief. Was Qatar trying to get the world to believe the World Cup would be fun with these paid fans? Clearly, these men had been paid to celebrate the coming games because, well, everything with these games was slated to be a disaster.

Accusations of Qatar paying international fans to promote positive takes on the World Cup swirled before the start of the games, but, again, was it semantics? Because aren’t top influencers paid by brands to do their thing? (Just in case you’re wondering, full disclosure, I get nothing from anyone to write about these topics; all views are my own as someone who lives here on the ground).

Right away, Indians and Pakistanis, within and outside the Middle East, came right back at the racist undertones in this rhetoric.

Are brown England fans not as authentic as English (aka white) ones?

Because, while the fans of global football mega brands like Brazil, didn’t understand how brown fans 14,000 km away could connect with them, Pakistani passion for Pelé is crystal clear. For example, the Lyrai in Pakistan actually see themselves, their hair, skin, and facial features, in Brazilians — but not in their own nation.

South America, like much of the formerly colonized world, suffers from colorism. Lighter, is always better, because to be dark, is to have connections to African, indigenous, or native roots – not the Caucasian overlord ancestry.

I personally experience the mix that is Latin American society, any time I’m walking around in the Spanish-speaking world, from Barcelona to San Jose. As a person of Indian origin, people come up to me and speak in Spanish. When I respond with my strong non-native accent, they are surprised (but happy I’m making the effort).

In South Africa, doing some touristy things, my Uruguayan friend and I posted photos and tagged each other. Immediately, the comments from her family came in – “Who is this woman, and how is she related to us?”

Until that moment, neither of us had seen the similarities in our features.

“I thought Uruguayans were white,” I said. (We are ever learning).

“Most of them are,” her Swedish husband explained to me. (I told you it’s a global place!) “And twenty percent of them look like you and Silvia.”

(Me and my Uruguayan sister at one of my book releases)

This funny anecdote echoed back the last two weeks. “I heard them saying it, look at these paid brown men, at the game,” she said to me at a barbecue. “The guys are having the best time, and this is their Cup.”

For this is one of the unexpected bonuses from this tournament being held in the Middle East. South Asian fans can hop on a 4-hour flight to come see in person what they had only experienced on their TVs.

What do Indians know about football?

Everything. I’m staggered by the stats, the stories, and the memories my South Asian fans have about this gathering that I’m just learning about.

But, as Qatar resident, Najla Nabil explains, Argentina has been her home team since she was five years old. She is ‘from’ Pakistan.

It’s cheesy and overused and not always true – I wouldn’t be a believer if I hadn’t seen it with my own eyes. But football can bring people together.

That is, if we can open our eyes to who/what makes a fan.

To learn more about life in the Arabian Gulf, check out the Crimes In Arabia series!