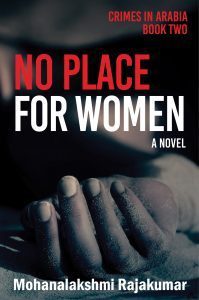 Finding a missing construction worker makes Ali a good man but not a stellar detective – at least not in the eyes of the national intelligence unit. His assignment to a new vice squad could be the road to redemption. When his undercover agent discovers the dead body of an expat teacher, what began as a safe bet puts his reputation on the line. Soon the burned remains of another woman are found in the desert, and Ali and Manu have no choice but to enlist the help of his fiancee Maryam to explore how the two murders may be connected. Do they have the country’s first serial killer on their hands? And, if so, how can they ever hope to stop him? Set against the backdrop of the Arabian Gulf, readers are drawn into a world of intrigue, romance, and danger. This is the second book in the Crimes in Arabia series.