For the past year or so, I’ve been hard at work on a novel manuscript, set in Laos, a landlocked country near Cambodia and Vietnam. I wasn’t sure how to tell this story about a place most people couldn’t pronounce, much less point to on a map. Luckily, during my lull, I was asked to be part of the blog tour for Khanh Ha‘s novel, Flesh. 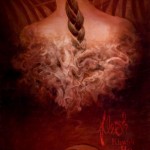 Nothing is as great for writer’s block as entering the world created by another writer and Ha’s book proved this to be truer than ever. He takes us into the life of a boy, Tai, searching to avenge his father. The quest takes us deep into the culture and history of Vietnam. I was impressed by the inclusion of a Western character, a priest, which adds depth to the story overall. I’ve been wrestling with the inclusion of an American male character in my own story but Ha creates someone who is humane and still a product of his own society without being stereotypical.

I was enthralled by the rich character descriptions as well as the details that bring unfamiliar environment to life for the reader and gained renewed enthusiasm for telling my own story set in Southeast Asia.  For the reader looking for a cultural read that is delivered through a dramatic character arc.

Wanna win a $50 gift card or an autographed copy of Flesh?

About the author: Khanh Ha was born in Hue, the former capital of Vietnam. During his teen years he began writing short stories which won him several awards in the Vietnamese adolescent magazines. He graduated from Ohio University with a bachelor’s degree in Journalism. He is at work on a new novel.

Get Flesh on Amazon or Barnes & Noble.