To take a break from writing, I’ve been exploring other ways of telling stories. Film has been a wonderful outlet for me to get away from the words on the page and into the visceral quality of an image. As the law of serendipity would have it, the more short films I make, the more film seems to circle around me.

This week I caught up with Clay Sharman, the brain behind Scribehead, a product he first “imagined” on a napkin while flying back from Hollywood. His interaction with the entertainment industry helped him to identify the giant gap in the entertainment market that Scribehead is built to address, fill and ultimately eliminate through a combination of social media and web technologies facilitated by an automated tool that doesn’t exist in the entertainment world today.

Let’s find out more about how Scribehead can help aspiring filmmakers.

Scribehead is an entertainment web-portal that matches aspiring talent to entertainment professionals by finding common ground in the content. It’s what we imagine would occur if Facebook and LinkedIn were introduced through eHarmony with the intent of actually accomplishing something.  Scribehead is the first platform-based web-community of its kind and is built to grow as the user community grows. And we aren’t stopping there either…our thirty-month “roadmap” after launch will take Scribehead to even greater heights, making it the most engaging and interactive user community on the planet!

Who is it for?

Scribehead is for anyone who ever dreamt of writing, or acting, or performing on stage but can’t get past “No” and has no idea how to move forward. It’s for the writer, or musician, or actor in Iowa or some other place in the middle with no way to go to New York or LA and pound on doors in person. And, it’s for the frustrated professionals who are tired of endless pitches, knowing that maybe 1 out of 100 is worth anything. Basically, Scribehead is for anyone with a dream of entertaining others for a living. Just imagine if we could shift the current model even 1% in favor of new talent discovery…that would completely change the entertainment paradigm and essentially double today’s entertainment numbers based on current success estimates of 1% across all areas of entertainment (movies/TV, music and literature).

What are benefits of this platform?

Members spend more time creating new concepts and less time “pitching” because of our automated features. Industry professionals are only pitched ideas that meet their specific search needs. Connections can be made instantaneously through the system. No more issues with postage or long waits to find out if there is interest.

Go to our Indiegogo campaign and see how we are creating a tool focused exclusively on getting you discovered!

There was a woman on Twitter who amazed me with her followership (then 16,000) and also her humor. Her #TellmeTuesday meme she had going kept me turning over ideas in my head for something to write each week. When I saw she was talking social media clients, other indie authors like me, and helping them figure out the Internet jungle, I jumped at the chance to work with Rachel Thompson. 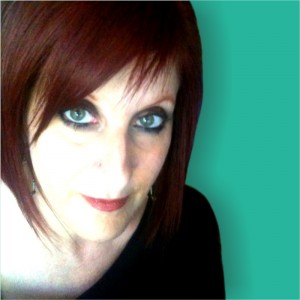 We did everything from a blog overhaul to keywords for my books on Amazon.com. Now she has over 139,000 followers and a new book out, Broken Pieces. No stopping this woman. We had great fun in the Writer’s Studio this week. Here’s what she had to say about her ideal place to live, where she works, and why you need a brand.

How would you describe your writing persona in 5 words or less? Mining experiences for universal truths.

Describe yourself in one sentence I’m a passionate yet introspective person who writes about the things most people try to forget.

Where would you live if you could live anywhere in the world? London.

Did you have support for your decision to be a writer? I wanted to write starting at age ten and my folks were great about it. As an adult, my husband supported it (and still does) but the practical things suffer: housework, appointments, etc,. and my kids don’t understand why I have to shut my door.

Do you read reviews written about your work? Yes. I’ve learned (from my many years as a sales and marketing rep) not to take anything people say personally and always look for ways to learn or improve.

What’s your creative process? I’m fascinated by the human condition so I’m always thinking about an experience or story I’ve read and figuring out a way to write about it.

Where do you write? I have a MacBook Air and I love it. I write in an office, though many times, when I’m with my kids, I’m writing wherever they are.

Do you have a day job? I started my own business in 2011 – BadRedheadMedia.com – to help authors learn what I’ve learned about social media and book marketing.

Do you have any advice for other aspiring writers? Ignore everyone else and just sit down and write. We all have our own style. Trust your vision. Once you’ve got it down, then work with professionals: editor, proofreader, graphic artist, formatter, marketing consultant. Focus on the writing, first and foremost.

Rachel breaks down some key terms the online author needs to know.

Meme: (rhymes with ‘theme). A meme is a theme, basically. Participate in writer and reader centric memes to connect with your audience (i.e., #MondayBlogs, #TagItTuesday, #WriterWednesday) etc. I also started the @MondayBlogs stream so people can share their latest post and retweet others that day (though you can post any day of the week – just use the #MondayBlogs hashtag and/or cc me at @MondayBlogs) and I’ll retweet you.

Branding: Figure out the main keywords you use and make those consistent across all channels of your author platform. We as humans are naturally drawn to the topics we write about. For example, I write about women and men, love and loss, relationships and sex. Therefore, I tweet about those subjects, blog on them, share information from others about them, as well as promoting my own work. 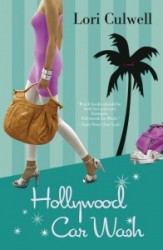