Regardless of what you think of the Duck Dynasty (niche marketing at its best), they do have a way with words. When my inner radiator steams up this year, I repeat this phrase. Not to label what’s happening, but to remind myself that sometimes, what’s wrong was so long before I arrived on the scene.

How do you stay calm? Have you ever used a mantra? Pick a word you want to focus on and go for it: say it as many times as you want. No easier way to focus you mind. (Or calm down).

Last Monday was a sobering moment for everyone living in or with connections to the nation of Qatar. Families lost children, spouses lost their partners, and a nation mourned the loss of 19 lives in a mall fire.

From the minute the news went out that “Villaggio was on fire” (the phrase everyone from students to coworkers was repeating) the questions began.

“Who knew about the fire and at what time?”

“Why had someone put a nursery upstairs?”

“Did the fire fighters have the equipment they needed?”

Several investigations are open and in the nature of tragedies, they will take months, if not longer to resolve. What is clear is that nearly every person connected to the emergency response of Villaggio suffered from a lack of necessary information. The first responders were not notified that children were inside; no floor plans for the mall were available; and while humans were outside working within the limited range of words, the fire inside was eating everything it in it’s path.

While this large scale, devastation was happening across town, I was having my own miscommunication at work. While the effects of my conflict were nowhere near the tragedy of the fire — no one died — the principles on which my afternoon (and most of the week) went awry were the same as what plagued the teams at Villaggio: I was hearing what people were saying but I wasn’t listening. Feeling unheard, the other group was returning the favor. 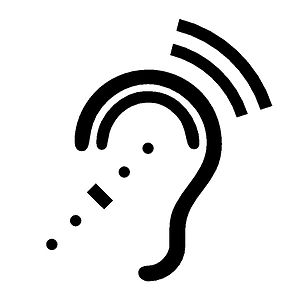 The root of any miscommunication is the act of hearing without listening. Once I sat down at the mediation table, I got the other side’s perspective. At first it was hard not to get defensive: how could he have thought that’s what I meant? Did she not realize how aggressive her behavior was? I asked the people I was in conflict with to consider the situation from my point of view, later that evening or some other day, when they could.

When I got home, if I wanted to be fair, I had to do the same. I replayed the offensive scenarios over in my mind, this time with myself as the aggressor, and a tiny square of understanding opened. This led to another, to another, and to a new set of ground rules that has since helped us right tilting ship.

None of this would have happened if everyone in the situation had not performed a very mundane action: accepted responsibility.

I accepted the possibility that what were defensive actions on my part, after being repeatedly interrupted, were seen as offensive maneuvers. As hard as it was to  hear that I had some part in the communication meltdown, in hearing out the other side, I saw that’s all it was. Humans miscommunicating. No one was a villain; everyone wanted the same thing — respect.

In our litigation saturated global culture, when politicians are caught cheating on wives or elections and apologize with platitudes, I got an old fashioned lesson in listening. When’s the last time you listened to someone? Not the words they were saying but the message they were trying to convey? Do you assign and accept blame equally?

It’s going to be Easter in a few days; that celebrate not only of egg shaped candy and furry rabbits, but the new life and resurrection.

I confess I’m feeling in dire need of all the symbols of Easter this year to lift my spirits: the candy, the bright pastels, the soft plush toys. And the slim spiritual hope of regeneration.

For many Christians, the season of Lent, the forty days leading up to Jesus’ death, burial and resurrection, are akin to fasting during the Muslim month of Ramadan. Except that for Protestants, we don’t stop eating everything, only those things very near and dear to us. Or in the “spirit of the law” practice which infuses much of the modern church, we chose something of value other than food that we want to give up for a period as a sacrifice.

It’s supposed to be hard, as all discipline is, to surrender and think of the sufferings of Christ or of the poor, or others, during this season. I’ve used it (rightly or wrongly) to give up a character trait I wanted to work on. Because it’s Lent, there’s no more procrastinating once I’ve made a vow before God to stop.

For many it’s abstaining from chocolate or television watching or secular (as in non-religious) music. For me in the past it’s been giving up rage and a spate of food related loves like Coke Classic, among others.

This year I honed on the one thing that was my life line as a new mother and over-committed modern woman: the afternoon nap. It’s not unknown for me to make up sleep missed overnight with a two hour stint before evening activities.

When I decided to give it up for Lent, I don’t think I knew how hard it would be or how much I relied on sleep to reset whatever negative things had happened during the day. Waking up from the nap was like resetting my entire brain; defragging the hard drive and rebooting if you will.

For the past six weeks, a couple of new trends have replaced the medicated power of sleep. One is that I am more productive. It’s slightly shocking how much you can get done in two hours. Exercise and shower, writing (like this blog), catching up with friends, spending time with baby; there is no shortage of filler for this “empty” time.

The second thing is not as easy to talk about. It’s the utter, earthshaking presence of boiling, black, fury at rudeness. Perhaps without my system reset, the anger is just there on the surface, constantly getting piled on. Whatever the reason, I can’t shake the annoying things of the day.

Like the insistently rude student, who I can’t tell if she’s speaking to me this way because of my age or my race – because in a society where people are very class and manner conscious, I know she wouldn’t dare speak this way to certain other people in the same situation.

Or the dull, glazed look in people’s eyes when you ask them where something is. Who knew “I don’t know” could be a corrosive, all purpose, excuse for checking out of life?

The women having tea in their office when you come to do something good for their school, who can’t be interrupted to show you where you’re supposed to go.

I rain down cruses on all of them including the incompetent, the inconsiderate, the indifferent.

It’s hard work being so agitated all the time. And I realize the person I’m hurting the most: myself. Being negative is not who I am in my core. Somehow all the grace that I’ve been given in life – and even recently there have been many, including a fender bender where the man agreed not to pursue damages – don’t seem to be sticking to the ribs. Rather it’s the bruises.

I hope for Easter that I can replace these flashes of pain, the sense that I’m so weary of the world and its harshness, the impulse to strike back with a sense of joy, hope, and purpose at the new life that we’re promised.

Lord knows I’m tired of this old one.