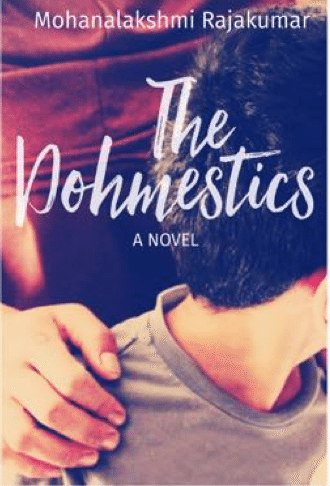 Domestic workers, or maids, may be no longer be a staple of North American homes. But she is a figure central to the running of many households around the world. The Middle East, Asia, Africa, and Latin America are all regions where domestic workers cook, clean, and help with children.

I interviewed many maids/nannies in the research for my novel, The Dohmestics, about this intimate employee-employer relationship. (PS tell me what you think about this potential new cover for the novel in the comments below).

In real life, the Shelter Me project has developed a handbook for employers to handle those questions that first time employers often contemplate: how many hours should she work? What is a fair salary?

Here’s to everyone who puts in a hard day’s work receiving appreciation for their efforts.

Have you ever employed someone in the home?

Last week’s New York Times article about labor abuse in the construction of the NYU Abu Dhabi facilities brought new light to the dangerous of doing business in the Arabian Gulf. For the laborers, the complaints were much the same: addition to unsanitary accommodations, low or no wages, and harsh working conditions, the men who tried to protest were rounded up by police, beaten, and deported.

I was shocked by the images of men in bunk beds, not only several to a room, but three to a structure: one on top, one on the bottom, and creating a third floor to the structure, by sleeping under the bed. How you have to be the guy on the floor is something that I can’t fathom but a metaphor of the intricate hierarchy even within the Olympics of the oppressed.

Lately the talk of the kafala (or sponsorship) system in Qatar involves highlight all the laws by which workers have their rights assured. The government isn’t the issue, many people argue, it’s the sponsors. There are hotlines where laborers can report their abuses, people often say if they’re feeling generous. This is the tack NYU’s management took, issuing statements that they can’t guarantee that contractors would uphold their fair labor agreement – an agreement they made sure to put in place before construction began. A day after the article was published, however, they did an about face and apologized. On the Internet. To workers who don’t have bathrooms with running water. The NYU response is standard of the CYA moves that an entire range of institutions are using to duck around the abuse. Instead of changing the system, they are becoming part of the problem. None of us, not even American universities, it seems, knows how to address this systemic problem of labor.

The resistance to changing conditions for low income workers follows another thought process:  what they have now must be better than the conditions they have in their home country. Why else would they come? Leaving aside the cultural relativism, bait and switch recruitment tactics and unethical work practices, like no overtime, are ignored in this logic loop.

The third common response: if they don’t like it, let them go home. Well: when you don’t have your passport and haven’t been paid for months, that is not the easy proposition it seems.

The real issue with kafala, and the absence of the application of the rule of law, is the numerous loopholes in the protection of low income laborers. No enforcement of a minimum standard of rights is rampant, particularly when it comes to domestic workers. And like the cockroaches that climb the walls of overcrowded labor housing, there are people who come out to take advantage of the unmonitored cracks in the system. They are not all nationals. In many cases, they are not even Arabs.

There is an underground network of people who prey on housemaids who are figuratively bound by their sponsors – some families even refer to themselves as owners. What has alarmed me in the two years I’ve been researching housemaids for my novel The Dohmestics is that they have no recourse. The labor law doesn’t apply to them. If they were hired through an agency, they have 3 months to report a problem. Like a middle age spinster, if they go back to the agency, the blame is with them, not the sponsor. They can jump the wall and flee to their employers but if their embassies won’t help them – and there are a lot of them that don’t have the political capital to be much help – then they are off the grid. Off the grid, needing to make money for children, mothers, fathers, siblings, husbands, and the most vulnerable.

What you won’t find out right away, but becomes readily apparent, is that there is an entire network of people from the domestics’ home countries waiting to make their cut off the exploitation of these undocumented workers.

5000 QR, about $1400 USD, and I can get a sponsorship transfer, or so the promise goes. But the guy, an acquaintance, takes much longer than the month he promises to deliver the papers. One turns into six and then suddenly, he can’t pay you back your money.  No visa either.

Or you talk at the playground with other domestics, women you see everyday, who you share recipes and festive occasion with, women who for all intents and purposes are as close to you as family. You talk to them as you watch your charge swing or slide. You mention how you’d like to get  a family member a job. Someone offers you help, saying they can get a visa. You accept. Once your relative arrives, the friend now becomes a broker. She wants thousands of riyals for the privilege of being the go-between. And she threatens to call the police if you don’t pay up. Your relative will be deported if you ignore her. The threats and intimidation carry over to your workplace; she works in your neighborhood, remember. She knows where you live.

I can vouch for the veracity of a few of these stories, having seen the scenarios play out first hand. There must be hundreds.

In all the coverage about low income labor, I haven’t seen anyone interview the agents themselves. The ones who poach men from villages in Nepal and India, promising lavish salaries and accommodation, procuring a year’s salary in advance. I want to ask them if they know the reality of the jobs they’re overselling. How much do they know about what really happens when they hand over the documents, and money, to travel?

Clearly the agencies know, otherwise they wouldn’t charge such an astronomical finder’s fee upfront. The commission on these contracts leaves many families wanting to make up the fee when they pass the sponsorship of the maid on. She can’t get another job unless her new sponsor is willing to pay 10000 QR to release her.

In any of the scenarios, the laborer incurs all the risk, financially, mentally, and physically.

The worst kind of trafficker has to be a same country informant. Like cockroaches, in an unmonitored system that doesn’t reward those who come forward, and punishes those who need justice the most, they thrive.