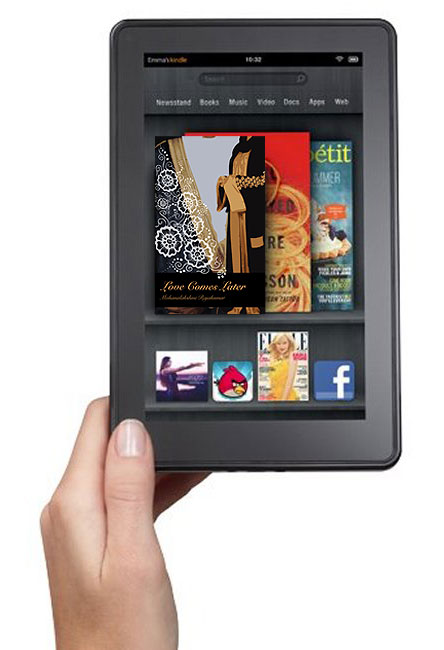 Read an eBook, that is. There was a time I would have told you that would never happen. The thought of curling up in bed with an electronic device to read was about as appetizing as, well, you know.

In our house, Kindles have not had a long shelf life. The first one, an anniversary gift, was resold, the package never opened. The second one, also the second generation of the device, I gave as a gift to the aforementioned anniversary gift giver. He turned it on for a few days and used the ‘read to me feature’. Eventually it too went the way of the first and was sold on to someone else.

Technophobe reactions from early thirtysomethings probably surprises you. After all my husband had given me the Kindle to save his own back on the international flights for which I would cram as many as six books into a carry-on. But the probelm wasn’t the technology. The problem was my experience as a reader.

My protest “but I like to hold a book in my hands” is what you’d expect from someone with a PhD in literature.

Then I started publishing eBooks. Yes, digital only. There was no way for a reader to have the physical experience with one of my six titles. The irony did not strike me — at least not too hard. This past May however, on Mother’s Day, another shiny, expensive device showed up. The iPad.

“Oh, these don’t have a good history in this house,” I said to my ever patient husband.

“We’ll see,” he said. The gift, as any good ones, was really to keep our toddler entertained (and quiet) on an upcoming 15 hour flight. A little boy’s silence can only be a gift that keeps on giving to any and everyone on an airplane or in a hotel near  him — including his parents. An interesting phenomena happened. I started using the iPad. First for browsing, then for email. My fat fingers found the keys easier to manage. And then, I discovered the App store. All of these events coincided with the longest stretch of free time I’ve had in memory. For about eight weeks this summer I am responsibility free. I wanted to get caught up on that elusive to-do list….Enter eBooks stage right; straight onto the Kindle App for the iPad.

At first the Kindle and I were like new lovers. I wasn’t sure how to keep the text from flipping sides when I turned over. And where was I supposed to tap to see the progress bar? Didn’t it know I didn’t want the dictionary? I liked sliding through pages. I read an entire book the first night suffering through jet lag.We grew used to each other over time. I’m still buying print books. But for indie authors, to review or blurb, there’s nothing like an e-reader.

You too can sign up to win a Kindle Fire during the  Love Comes Later blog tour which kicks off today for a month. For the first three days of the tour, the book is FREE on Amazon. That’s right. And if you don’t want to read in bed with a device, you can download the app for FREE your desk or laptop.