YOUR FREE BOOK IS WAITING 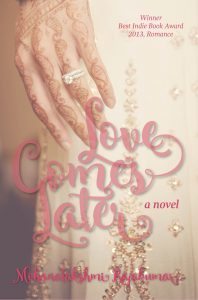 Longing for independence, Hind insists on being allowed to complete a master’s degree in England before marrying a cousin she hasn’t seen in years… a condition she’s surprised to find Abdulla readily accepts. When she finds an unlikely friend in Indian-American, Sangita, she starts down a path that will ultimately place her future in jeopardy.
Will Abdulla and Hind be stuck in a loveless marriage? Enter your information below to get a copy of “Love Comes Later” to find out.