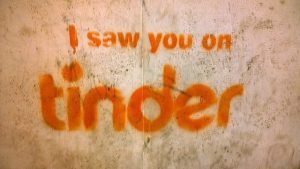 I have been writing like a maniac since late May, getting ready for the upcoming release of the book in my crime series. Generating 2000 words a day, dreaming about the story, talking about the characters to anyone who will listen.

I’ve asked that all too embarrassing question no writer should ask anyone (particularly people she thinks of as friends): “Did you read The Migrant Report?”

The one brave friend who said yes, was subjected to a brainstorming lunch.

No Place for Women is the working title of the second book and as it suggests, the story takes us into ever darker parts of the city. Two dead women, lots of questions.

The narrative was getting so dark, I felt compelled to include moments of levity. This is how a conversation about Tinder made it into one of the key investigative

Ali folded his hands over the notebook. “I don’t blame your daughter for dying.”

“That’s a funny way to put it.” She took a shuddering breath, her eyes darting to his. “Considering someone strangled her in her own home.”

“Well, she was on Tinder. But I don’t think she used it very often.”

Martha blinked again this time in a rapid series, like something was caught in her eye. “It’s an app. For dating.”

He pulled out the evidence bag with Lauren’s phone, passing it along with a pair of gloves to the mother. “Please. We can’t get in without the code.”

She wiggled her fingers into them as Ali also put on a pair before plugging the device in to revive the battery.

Martha frowned in concentration, the tip of her tongue emerging between her teeth. “Probably her birthday?” The phone buzzed, rejecting the code.

“Hm, maybe my birthday?” Another little shake no from the device.

“Okay. Okay. Lauren had a terrible memory. Would have been something she used all the time…” Martha’s fingernails drummed the table. “Last four of her social? … Yes!” The phone unlocked, going to a home screen with Lauren sitting on the pavement, a black kitten in her lap. “Oh.” Martha’s breath came out in a whoosh. “Oh.” Her hands flew to her chest.

“Tinder,” Ali said. He took the phone back, nudging over a box of tissue. He scrolled through the apps, stopping at the one with the flame over the letter I. They certainly didn’t believe in subtlety. The app opened to a bare chested man reclining on the beach, the azure blue of the Arabian Gulf behind him. “What the hell,” Ali said. The shadow of a beard said belied the man’s Arab roots, that and the shock of hair curling across his pectoral muscles. Hassan? So this was how his cousin stocked his stable of girlfriends.

“You swipe right if you like him,” Martha said, propping her elbows on the table for a closer look.

“Did she swipe right on this guy?” Ali tossed the phone back to the other side of the table as if it were contaminated. “Did they go out?” His stomach twisted at the thought of Hassan dragging him further into this mess.

“No. The app brings up everyone registered in your city,” Martha said, tapping the screen. “He’s a new user. Besides, she was leery of Arab guys.” She cleared her throat, eyes flitting away from Ali.

He wrote it down, ignoring her discomfort. “And then what?”

“You wait to see if he swipes back.”