I began my wri 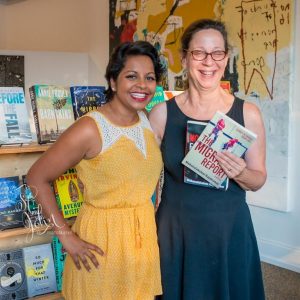 ting career with novels that featured exotic people in ordinary locales. Most of them were female immigrants trying to make sense of their new lives in America. A book as a gift can be a quagmire. Not so for my Swedish friends who gave me my first copy of Nordic noir. Reading Faceless Killers by Henning Mankell in my twenties was a revelation. People in Sweden had problems? Those blond, leggy descendants of the Vikings maimed and killed like the rest of the world? I was hooked. Ten years, and three Stieg Larsson novels later, after publishing a coming of age novel and a contemporary romance of my own, this latent leisure reading habit reared its head in the form of a police procedural. The Nordic authors steeped me in the staples of solid crime fiction: grumpy detective, not so good at everyday life, unexpected crime thrown in his lap, with help of persistent sidekick, finds the villains in the nick of time.

But there was a catch.

I lived in the desert, in an Islamic monarchy, at the heart of an Arabian emirate. Not the snow filled cities of Wallander or Lisbeth. The glitz of some of the world’s richest countries was the backdrop of my tales. While the differences seemed glaring, similarities emerged: nations made wealthy by the sale of oil, promising utopia to their relatively small populations, and a harsh external climate. They (agents, editors, the marketing department) tell you to find a good story and unique selling point.

Both have come together in my latest writing project, the Crimes in Arabia series. Lots of work (and fun) went into The Migrant Report which brings those familiar genre elements into a new context: A grumpy Arab detective, a self appointed, veiled, female sidekick, and a region with the lowest published crime rates in the world.

You don’t have to take my word for it.

No Place for Women is inspired by the real life murders of two young women. Enjoy a unique look at the underbelly of life in one of the richest places on Earth.

What are you reading this summer?