After picking out several books for our kids, I wandered the library looking for a read of my own and left empty handed. Books, after all, are like restaurants. We’re compelled to try one after hearing the praise from a friend (or seeing a glowing Instagram photo).

With that in mind, this week’s Friday Fiction is an excerpt from Dane Cobain’s Formerly. 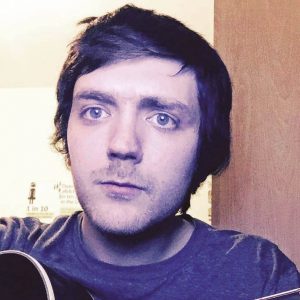 “ONE HUNDRED and forty-six thousand, three hundred and fifty-seven people die every day. That’s six thousand and ninety-nine an hour, one hundred and two a minute or five every three seconds. Over fifty million people every year. How about that for a target audience?”

Looking back, I should’ve anticipated an unorthodox interview. I mean, how do you deal with a man who reduces human life and death to numbers and statistics? And once you learn to deal with him, how do you laugh, talk, eat, live and work with him? Tech start-ups are notorious for their crazy founders, but John Mayers took the biscuit.

“Welcome to Former.ly,” my potential boss announced, gesturing to the chaotic room around him. “Sorry about the mess. We don’t have many visitors.”

“I wonder why,” I mumbled. The office looked more like a frat house. The place reeked of stale beer and sweat, and a pile of stinking clothes shuddered and then sat upright. It lifted a crusty hand in acknowledgement and said something vague about caffeine.

“That’s Kerry,” said John. “He’s our video guy. He’s a useless bastard, but give him a camera and he’s a machine. Morning, Kerry!”

“Morning, dude,” he replied, shuffling out of his rags and into a semi-respectable pair of khaki shorts, flashing a glimpse of oversized thighs and off-white Y-fronts. He grabbed a starched Hawaiian shirt from the floor in front of the sofa, sniffed it to determine its freshness, and pulled it over his head. Then, he hobbled over to meet us in 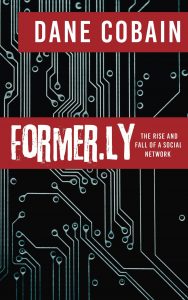 the middle of the debris-strewn living room. He smelled even worse up close, somewhere between a cesspit and a brewery. “Don’t ask. It’s still rendering. I’m going to grab a shower.”

“Yeah, yeah,” John replied. “He always says that. Sometimes I wonder what we pay him for.”

I watched Kerry retreat through a narrow doorway as John cleared a space for me on the sofa. I didn’t really want to sit on it, but I didn’t have much of a choice. It crunched as I sat down; sofas aren’t meant to do that.

“So,” John said, clapping his hands together. “Let’s get straight to business. After all, we’re both men of business when all is said and done. Tell me what you know about our company.”

“Not much,” I laughed, nervously.

“I can see that,” John said. “You’re wearing a suit for a start. But you must have looked us up before you applied to join the team.”

“Well,” I replied. “I know the basic mechanics – you sign up, you post updates which are hidden from view, and then when you die, your profile goes live to the public.”

“That’s all you need to know. We plan to monetise death, Dan.” As he spoke, a key turned in the latch and the front door opened, letting in the cold and the distant sound of traffic. “We’re looking for a front-end developer, and you more than fit the bill in terms of qualifications and experience. But what about culture? Dedication? Think you can match us there? Hey, Flick.”

I turned to look at the newcomer, a pretty blonde woman who strolled into the room, pulled a MacBook Air from a tartan satchel and prepared to start work. She smiled sweetly at the two men who faced her.

“Good lad. When he comes in, tell him to come and meet Dan. He’s here about the developer job.”

“Hi, Dan,” she said, as she logged into her machine. “I’m Felicity, but everyone calls me Flick.”

“Hi, Flick,” I replied. “Nice to meet you. What’s your role? You don’t look like a typical programmer.”

“Thanks! That’s probably because I’m not a programmer. I just do whatever needs doing. I’m in charge of PR and office management, but I spend half of my time cleaning this place up and half of my time looking after the boys. That doesn’t leave room for much else.”

“I do a lot of unpaid overtime,” she replied. “And you will too if you join us. Good luck with that.” She smiled breezily and went back to her laptop.

“I’ve worked at start-ups before.”

“Morning, Boss,” he said, looming in the doorway with a cup of coffee in each hand. The staff at Starbucks had written “Abby” on one of the cups. He kept this for himself and placed the other one in front of Flick. “They never spell my name right,” he complained, turning to look at John. “How are you today?”

“Pretty good. This is Dan. He’s applying for the developer role. Think you can work with him?”

“Me too,” Abhi said. “I can’t stand working in silence. Sounds like we’re going to be friends.”

“No thanks,” John replied. “I’m sure you’ve got something to work on. Besides, I need a real drink. You coming, Dan?”

“That’s the spirit. Time doesn’t exist in this place. We work when we can, and we drink when we can. Let’s go.”